Curing Cancer with PEMF. Wow! Can you do that? 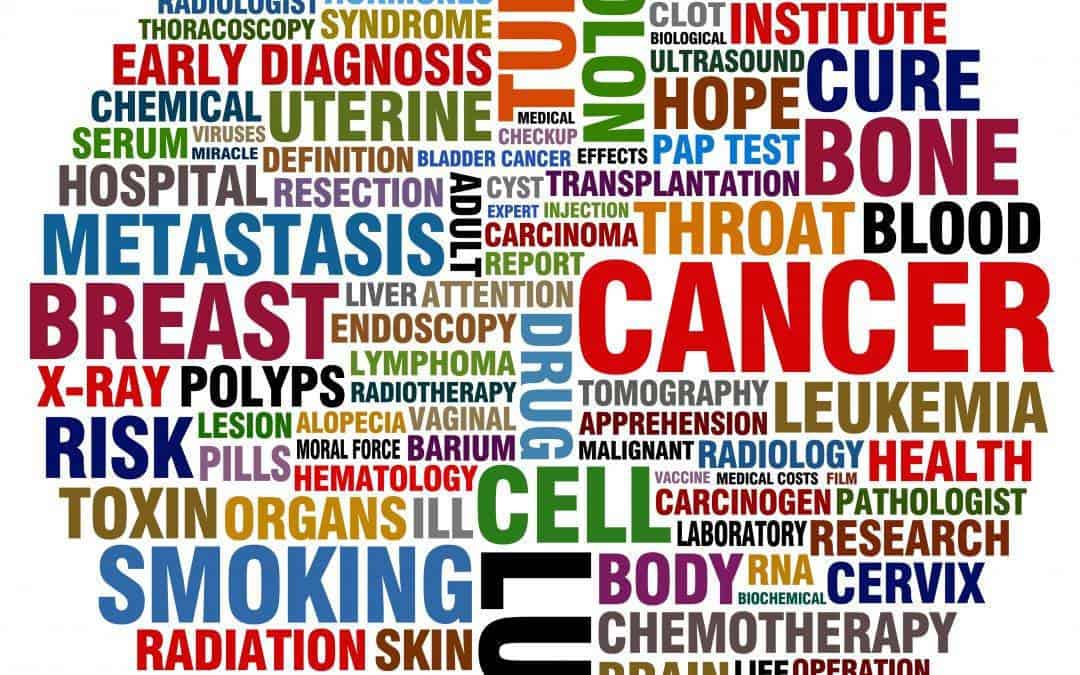 The author, that’s me Chris Cane has real doubts and you will not find Amjo recommending or discussing the use of the Curatron for treating Cancer. I do realize that there are many sites out there that make claims that are simply cannot be supported. That being said, I did happen upon a very interesting page at www.cancer.org where they discuss alternate treatments and therapies. This page can be found by clicking  here. Some of the text from that article is shown below.

Sorry ! There is no Evidence
” style=”bubbles” box_color=”#006400″]There is no relationship between proven medical uses of electromagnetic energy and the alternative devices or methods that use externally applied electrical forces. Available scientific evidence does not support claims that these alternative electrical devices are effective in diagnosing or treating cancer or any other disease. (Jump to ‘What is the evidence?’)[/su_box]

In contrast to the wide range of electromagnetic energy methods that have been proven for standard medical treatment, many of the alternative electronic devices promoted to cure disease have not been scientifically proven to be effective. Most of these devices claim to offer radio waves, electrical current, or magnetic fields.

How is it promoted for use?

Many types of electromagnetic devices have been promoted as part of this therapy. The specific ones discussed in this section are some of the most common or best known. In general, practitioners of electromagnetic therapy claim that when electromagnetic frequencies or energy fields within the body go out of balance, disease and illness occur. They claim that these imbalances disrupt the body’s chemical makeup. By applying electromagnetic energy from outside the body, usually with electronic devices, practitioners claim they can correct the imbalances in the body. Practitioners claim that these methods can treat ulcers, headaches, burns, chronic pain, nerve disorders, spinal cord injuries, diabetes, gum infections, asthma, bronchitis, arthritis, cerebral palsy, heart disease, and cancer.

Practitioners of BioResonance Tumor Therapy (a kind of electromagnetic treatment) use an electronic device they claim results in the self-destruction of tumor cells by “energizing (or re-enlivening) the p53 gene.” Some practitioners say it cures cancer in 80% of cases. However, there is no description of precisely how this is supposed to happen.

Proponents of another electronic device called the Cell Com system claim it regulates the chemical and electrical communication between cells. Proponents claim it can be used to relieve pain caused by cancer and for fighting recurrent infections, asthma, bronchitis, and arthritis. They further claim the device can stop the growth of cancer cells.

Another electronic device that has been promoted to cure cancer is the zapping machine. Based on the claim that cancer is related to parasites, promoters say it kills the parasites that cause cancer.

What does it involve?

Electromagnetic therapy is claimed to use magnetic, microwave, or infrared energy to diagnose or treat an illness by detecting and correcting imbalances in the body’s energy fields. Electronic devices that emit some form of low-voltage electrical current or radio frequency are often involved. Magnets and other unconventional treatments may also be a part of electromagnetic and energy field therapy (see Magnetic Therapy, Polarity Therapy, Reiki, andTherapeutic Touch.) The most commonly used electronic devices are listed below.

This method uses a small electronic device to create vibrations that are supposed to “re-enliven” the p53 gene in order to cure cancer. Some reports estimate that the course of therapy can last up to 6 weeks.

This device is reported to transmit low-voltage electricity through electrodes placed on the hands and feet in order to regulate communication between cells in the body.

Also called frequency therapy, frequency generator, and Rife frequency generator, the Rife machine is used to direct electrical impulses at the feet to break up the supposed accumulated deposits of toxins at nerve endings. During treatment, the patient places his or her feet in a plastic box attached to the Rife unit.

Return to top of page

A zapping machine is a small, battery-powered device that produces a low-frequency electrical current. Wires connected to copper tubes transmit the electricity to patients.

What is the history behind it?

The effects of magnetism and energy forces have been studied since the time of the Greek and Roman empires. Chinese medicine uses one of the oldest energy- based systems of healing. Traditional Chinese medicine is based on the concept of qi (or ch’i) which is thought to be the vital energy or life force that flows throughout the body. The concept of life force is also a central aspect of Indian medical beliefs.

In modern times, the discovery of electricity brought about the promotion of electromagnetic treatments. The use of different forms of electrical devices and frequency generators in medicine has intrigued practitioners and patients for generations. Since the mid-1800s, countless electronic machines have been applied to a long list of ailments. Most of these devices have never been proven effective. In some cases their use has resulted in serious injury or even death. However, some electromagnetic and electrical technologies have become mainstays of modern medical practice, such as x-rays, radiation therapy, magnetic resonance imaging (MRI), and heart pacemakers.

An early use of electromagnetic therapy came in the late 1800s when Albert Abrams, MD, developed a number of devices he claimed could detect the frequencies of diseased tissue and heal the underlying imbalances. Dr. Abrams and his colleagues were never able to prove his devices were effective, and investigators from Scientific Americanmagazine reported as early as 1924 that the device did not correctly diagnose any of six specimens. The idea that disease can be diagnosed and treated by tuning in to radio-like frequencies has also been called radionics.

Dozens of similar unconventional and unproven electronic devices have been made and marketed over the years. BioResonance Tumor Therapy, the Cell Com system, the Rife machine, and the zapping machine are 4 popular systems on the market today.

BioResonance Tumor Therapy was developed by Martin Keymer, a German biophysicist, who claims the therapy is rooted in the age-old idea that it is possible to tap into the vital energy that flows throughout the body. A clinic offering the therapy, which opened in Tijuana, Mexico in 1998, has been the subject of great deal of controversy.

The Cell Com system which is said to increase communication between cells was invented by a Danish acupuncturist named Hugo Nielsen.

The Rife machine (or Rife frequency generator) was created by Royal Raymond Rife, an American who asserted that cancer was caused by bacteria. The machine supposedly emitted radio waves at the same frequency as those discharged by offending bacteria. According to Rife, the radio waves created vibrations that “shattered” the bacteria.

The most widely marketed zapping machine today is the Zapper designed by Hulda Clark, PhD, a physiologist with no formal clinical medical training. She used her device to treat patients with cancer, AIDS, and other diseases in a Tijuana, Mexico medical clinic. Just before Hulda Clark’s 2009 death from multiple myeloma (a type of cancer), her clinic closed. Still, some of her trainees offer “testing” using the Zapper and other electronic equipment.

Electronic devices and other frequency generators are available through a number of companies. Treatment programs that use the devices are offered in Mexican and Canadian clinics. Practitioners do not need a license to conduct “frequency therapy” in the United States.

The Food and Drug Administration (FDA) has not approved any of the alternative machines or products connected to electrical sources (electronic devices) used to cure illness and does not recognize any frequency generator as a legitimate medical device. The FDA, along with the Federal Trade Commission (FTC) and other regulators, investigated a number of companies and warned them against making claims that weren’t proved. Some companies, even those in other countries, had to pay fines and change the ads they used to sell their devices or services to US customers.

What is the evidence?

There is no relationship between proven medical uses of electromagnetic energy and the alternative devices or methods that use externally applied electrical forces. Available scientific evidence does not support claims that these alternative electrical devices are effective in diagnosing or treating cancer or any other disease.

Some electronic and electromagnetic devices are approved for medical use, such as the electroencephalogram (EEG), electrocardiogram (EKG), magnetic resonance imagine (MRI) and transcutaneous electrical nerve stimulation units (TENS; see Transcutaneous Electrical Nerve Stimulation). Such devices are used to diagnose heart and certain physical problems. The TENS unit is used to reduce pain by interfering with nerve conduction of pain impulses.

Some types of electromagnetic energy are approved for use in standard cancer treatment. These methods include X-rays and radiation therapy as well as radiofrequency ablation and microwave ablation, which help destroy tumors. The standard medical treatments use specialized equipment to generate these types of high-energy electromagnetic fields and focus them precisely on the area being treated.

However, low level radio waves or tiny electrical impulses are not strong enough to produce a significant effect on the body. There is no evidence that the electromagnetic energy produced by these devices can destroy bacteria or any living cells.

While it is true that the p53 gene does not work properly in most cancerous tissues, available scientific evidence does not support claims that it can be repaired or “re-enlivened” using electricity or magnetism.

Return to top of page

Are there any possible problems or complications?

Untested, unproven electrical devices may pose some risk. There have been reports of injuries due to faulty electrical wiring, power surges during lightning storms, and misuse of equipment. People with pacemakers, defibrillators, or insulin pumps should avoid electric current and magnetic fields, including electromagnets.

Some people are allergic to the adhesives used to hold electrodes on the skin and may have itching or rashes.

Relying on this type of treatment alone and avoiding or delaying conventional medical care for cancer may have serious health consequences.

Hey! We hate SPAM more than you!